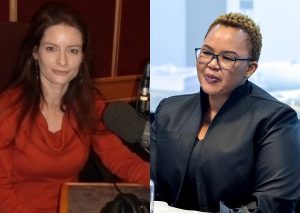 This week on Womanity-Women in Unity, for our series on women in the judiciary, Dr. Amaleya Goneos-Malka talks to Judge Lindiwe Rusi from the Eastern Cape Division of the High Court in Mthatha. Judge Rusi’s disciplined upbringing compelled her to strive for order and equity, which formed foundational values for a vocation in law.
During the early part of her career she was involved with several outreach programmes delivering much needed legal knowledge to underserved communities, particularly in areas of customary and family law, domestic violence and access to justice. Reflecting on recent amendments to Acts affecting women, Judge Rusi mentions changes to The Criminal Law Sexual Offences and Related Matters Amendment Act Amendment Bill. For example, amendments to the main statutes governing court processes in superior and lower courts makes provision for additional procedures in respect of how witnesses, especially victims of gender based violence, give evidence in court, such as using audio visual facilities, to help reduce secondary victimisation of those victims, because in the process of giving evidence they are forced to relive the experiences. The Domestic Violence Amendment Act sees new definitions of what constitutes domestic violence and places obligations on functionaries of government departments, like the way police render service to victims of domestic violence.
To further advance gender equality Judge Rusi considers there are opportunities for government to implement policies aimed at ensuring gender parity and guard the right to equality. Additionally, society needs to stop typecasting women into traditional gender roles. Women should not allow anything or anyone to undervalue their self-worth and derail their dreams. Tune in for more…